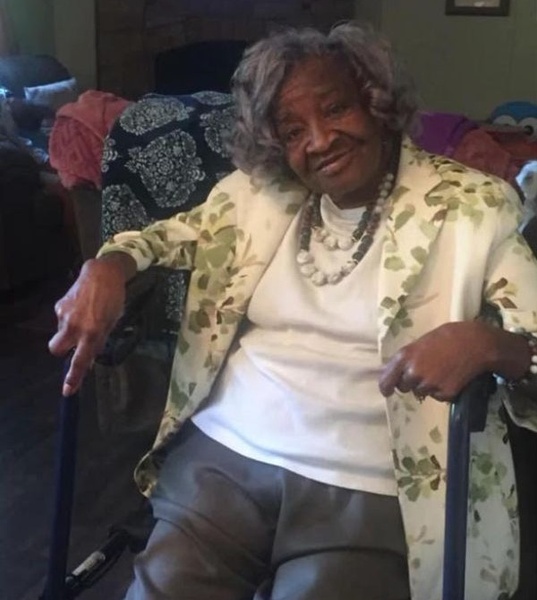 Mildred Lyons Newman was born September 24, 1935, in Minden, LA to Saul Lyons, Sr. and Georgia Williamson Lyons. She was the sixth of nine children. Early in her childhood, she was reared by Milton and Therah Lee Duty.

Mildred accepted Christ at an early age and became an active member of Mt. Zion CME Church in Minden, LA, where she dutifully served for 76 years. She actively worked as a stewardess and was a member of the Grace N. Landry choir. Mildred also served as the church's pianist/choir director for many years.
Mildred received her early education at Webster Elementary School and Webster High School in Minden, LA. Some of her extra-curricular activities included the marching band, in which she played the French horn, and drama club. She would often recall and recite excerpts from the various productions in which she was affiliated. After high school, Mildred matriculated to Grambling College (Grambling State University) and received a Bachelor of Science degree in Elementary Education. She was a member of the Grambling Marching Band and Delta Sigma Theta Sorority, Inc. While studying at Grambling, she met Robert Newman. After graduation, Mildred and Robert were married and settled in Monroe, LA. To that union, three children were born: one son, Marcus, and two daughters Tamara and Therah.
Mildred began her career in education in Morehous Parish and also taught in Ouachita parish. After many years of teaching in that area, she returned to her roots and taught in Webster Parish. Mildred taught Science and Social Studies at Richardson Elementary School in Minden for 18 years. During her tenure at Richardson, she implemented the school’s science fair. Mildred retired in 1994, after teaching for 34 years.
Mildred was a devoted wife, mother, grandmother, and great-grandmother. Although retired, she remained continually active until her departure. She played trivia online daily for approximately 20 years and continued her love of reading and crossword puzzles. Mildred loved people and could often be found attending bingo at the Webster Parish Council on Aging or acquiring food and other items that she would give to family, friends, neighbors, church members, or anyone that was in need. She had a sweet but witty demeanor and would leave her mark on anyone whom she encountered.
Mildred departed this earthly life on December 25,2021 in Shreveport, LA. She was preceded in death by her parents, Mr. And Mrs. Saul Lyons, Sr. And Mr. and Mrs. Milton Duty, as well as seven siblings. Left to cherish her memory are her three children Marcus Newman (Mary) of Heflin, LA., Tamara Newman Andrews (Patrick) of Minden, LA, and Therah Newman-Jones of Minden, LA: Sisters Bobbie Lyons McDaniel (Morris) of Seaside, CA, Reverend Dianne Nelson of Monroe, LA, and brother Richard Duty (Shirley) of Minden, LA: Seven grandchildren, 4 great-grandchildren, special cousins Martha Jackson and Mary Ward Stewart, both of Minden, LA, several nieces, nephews, and a host of other relatives and friends. She will forever be loved, forever missed, and forever remembered.

To order memorial trees or send flowers to the family in memory of Mildred Newman, please visit our flower store.